In Chapter 18 of the book, we discuss the behavior around critical points in the context of reliability, both at the small-scale in terms of component breakdown, and in the large-scale in the context of earthquake triggering which was introduced in Chapter 13. The connection is that things break at all scales, with the common mechanism of a varying rate of progression to the critical point: 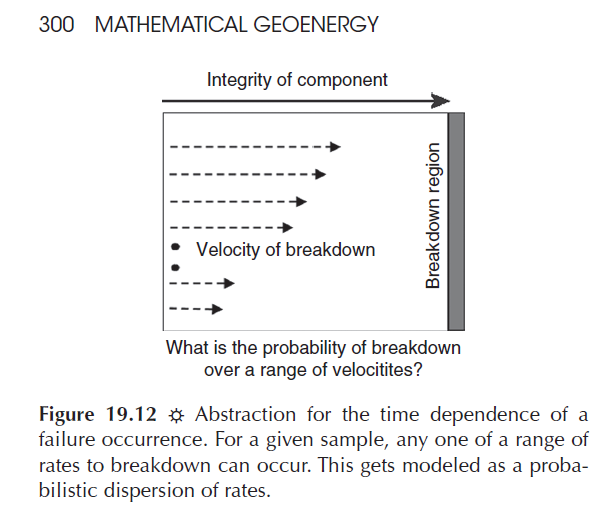 As indicated in the figure caption, the failure rate is generally probabilistic but with known external forcings, there is the potential for a better deterministic prediction of the breakdown point, which is reviewed below:

A classic example of a breakdown is in the reliability of a consumer electronics product where a specific component is known to be prone to failure. In one case familiar to me, an internet radio box (Roku) had a known faulty electrolytic capacitor in its switching power supply circuitry, with consumers regularly reporting its failure in online forums. It was only a matter of time until the failure occurred in my own radio; it eventually did, prompting me to connect a new power supply and thereafter continued to use it until the internal software/firmware stopped negotiating with an updated WiFi connection protocol. So this is more an example of deterministic failure than a stochastic failure.

A higher degree of determinism can also occur with geophysical phenomena.  A recent paper on tidal synchronization provides one perspective: 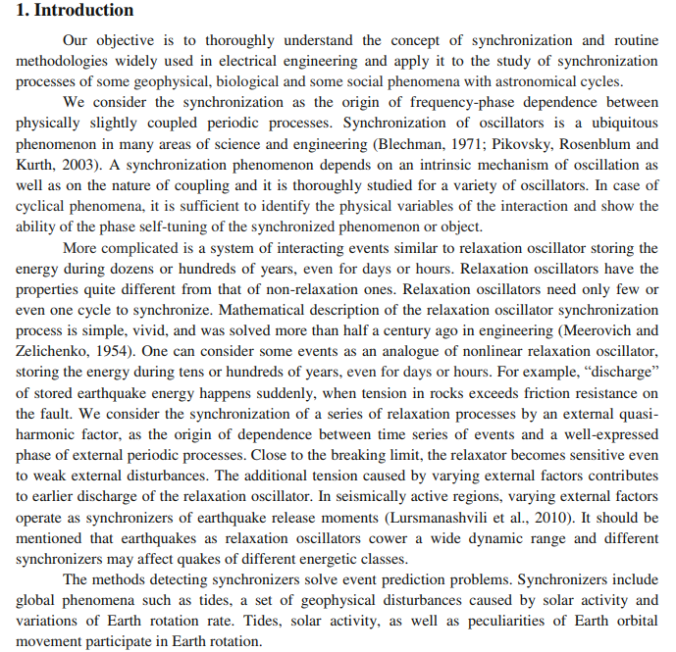 The idea of a relaxation oscillator is perhaps a key to understanding the impulse-driven synchronization of ENSO to annual cycles (Chapter 12), where the critical point is set to a recurring seasonal date and modulated by the combined tidal forcing, and to QBO (Chapter 11) with semi-annual cycles.