In Chapter 12 of the book, we have a description of the mechanism forcing the El Nino / Southern Oscillation (ENSO) behavior. ENSO shows a rich dynamic behavior, yet for the pressure dipole measure of ENSO, the Southern Oscillation Index (SOI), we find even greater richness in terms of it’s higher frequency components. Typically, SOI is presented with at least a 30-day moving average applied to the time-series to remove the higher-frequencies, but a daily time-series is also available for analysis dating back to 1991. The high-resolution analysis was not included in the book but we did  present the topic at last December’s AGU meeting.  What follows is an updated analysis …

As we describe in Chapter 12, a closed-form analytic solution to Laplace’s Tidal Equations (LTE) provides an excellent fit to the monthly ENSO time-series, and in particular to the signature Darwin-Tahiti SOI standing-wave dipole behavior.  For resolution finer than monthly, the SOI behavior appears very noisy to the eye (see below and click to enlarge).

The question is whether that is truly stochastic noise or an aspect of the LTE solution that has yet to be revealed, and that may represent higher wave-number (i.e. non-dipole) behaviors, such as from Tropical Instability Waves (see below) and other rapidly oscillating waves above these in wave-number. 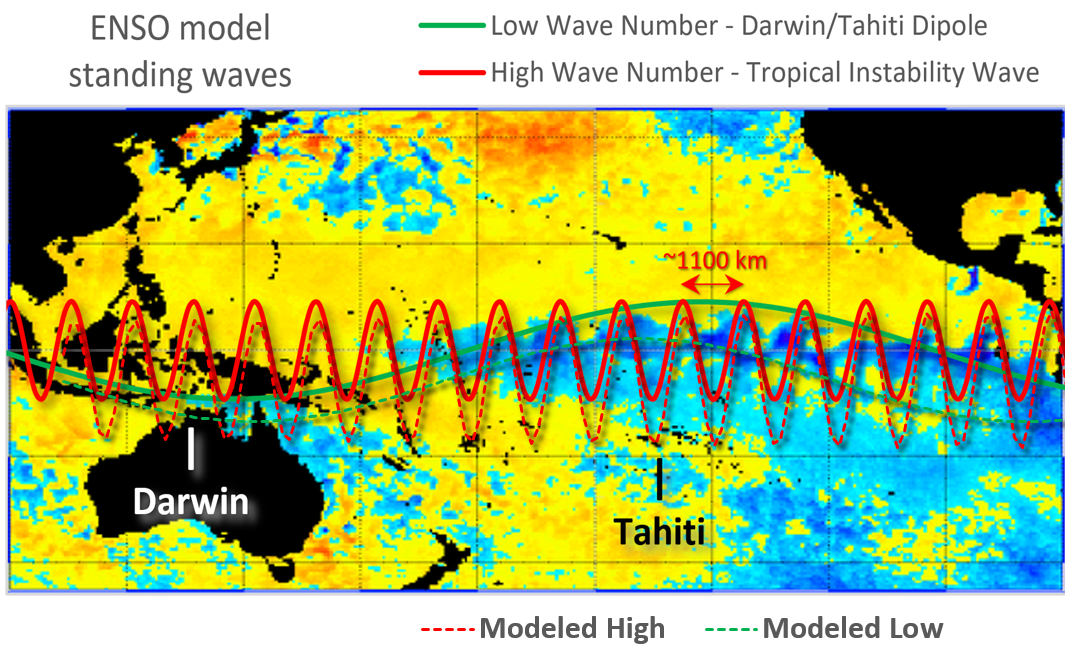 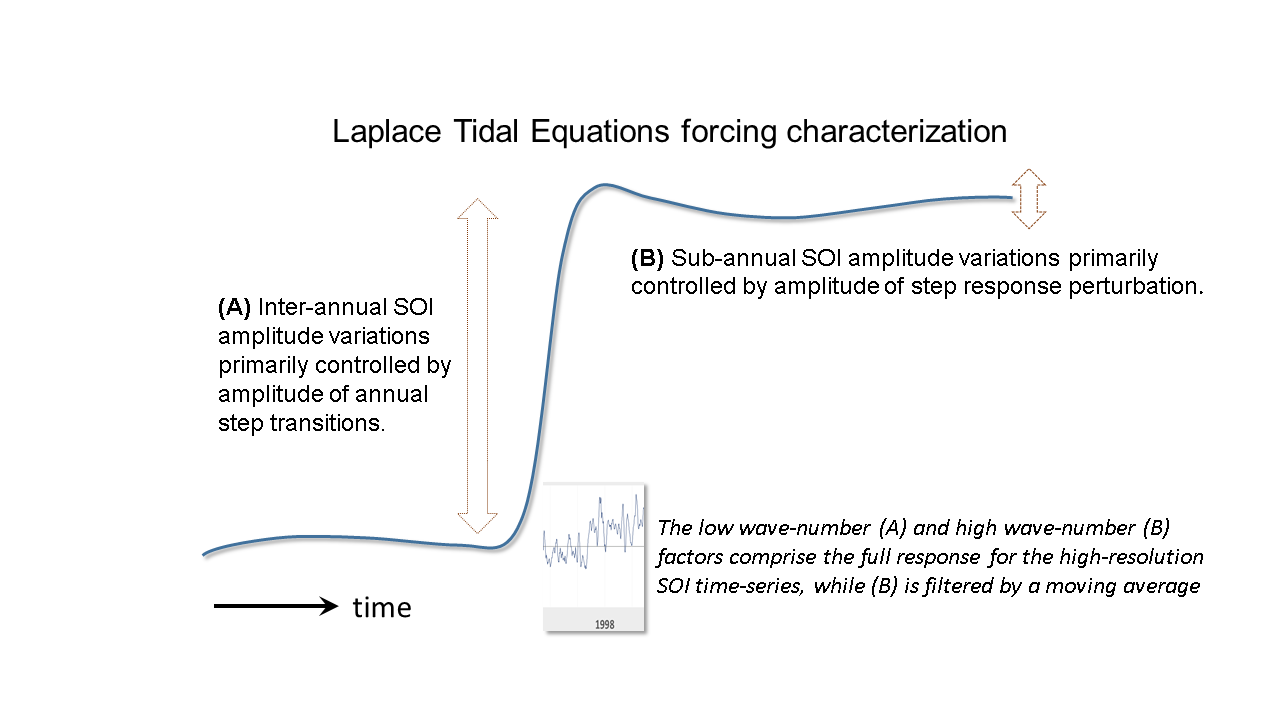 The initial fit below attempts to validate out-of-band agreement between model and data. The top panel is a fit to the conventional monthly SOI time-series, which is simultaneously fit to four El Nino episodes during the daily monitored interval stretching from 1992 onward (as shown in the lower panel).  As can be seen, the high-frequency cycles lock in over the relatively short fitting intervals, and then also align outside of those intervals, indicating strong out-of-band validation.

Optimizing over the entire 1992-present interval generates the following.

The bottom-line is that it is difficult enough to model ENSO over the entire monthly range extending from 1880-present, but then to require that as a strong constraint while simultaneously matching (with a nearly 0.8 correlation coefficient) the high frequency daily SOI variations is multiplicatively difficult with the limited degrees-of-freedom available.  The conclusion we can draw is that the high-frequency content of SOI is not noise, but a characteristic of the LTE solution.